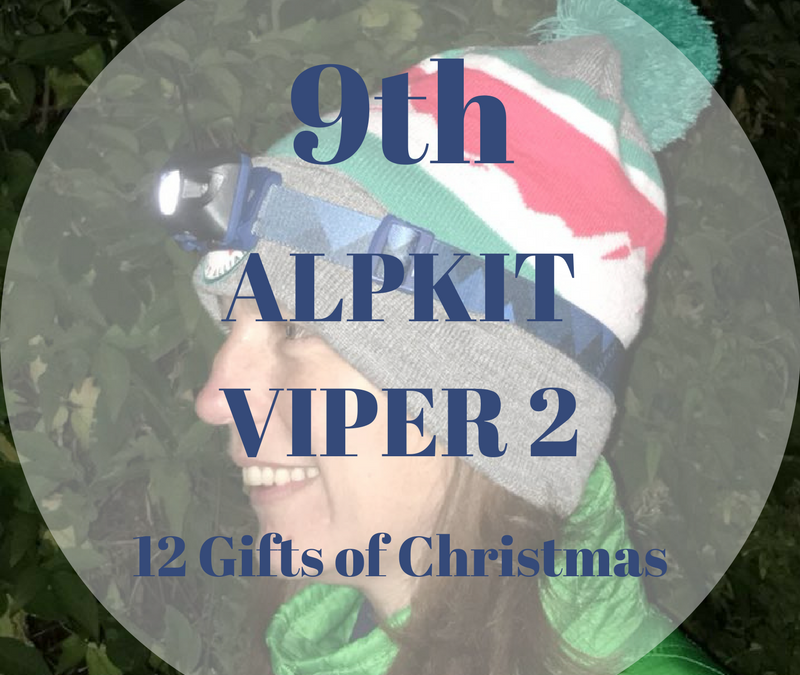 It’s the 9th day of our 12 Gifts of Christmas and hopefully so far we’ve been able to provide you with some inspiration for buying Christmas gifts for the Adventurers in your lives.  Or at least been able to explain what you do with some of the kit they have.

Today’s featured piece of kit is the Viper 2 Headtorch from Alpkit.

Alpkit is predominantly an online retailer of outdoor kit, but they have recently opened stores in Hathersage in the Peak District and Ambleside in the Lake District – which happen to be two of our favourite places, so that’s useful!  They sell kit produced by four people (the founders) who love the outdoors and who wanted to take some of the cost out of getting out there. 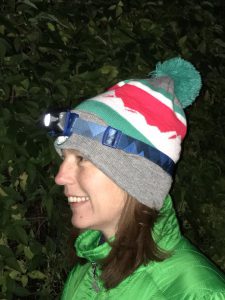 I already showcased their MytiStax pots and pans in my post for Day 5 and now I’m going to show you their Viper 2 Headtorch, which I’ve not had for long, but I’ve been really impressed with so far.

I’ve had a Petzl Myo headtorch for many years now (16? 17?) and it’s been used for everything.  Camping, hiking, canoe trips, climbing, taking the compost out, looking under bonnets, looking behind the Sky box for a blue cable…  But good things have to come to an end, and despite running repairs a couple of years ago, on a Duke of Edinburgh expedition in late summer I went to put it on and it wouldn’t work.  I changed the batteries and it still wouldn’t work.  I think a wire must have broken in it, and after the repairs last time there won’t be enough wire to fix it again and still go on my head so it was time to call it a day.

And there’s the reason we should always carry a spare headtorch – you never quite know when yours might have had enough, and finding yourself without a torch anywhere on a dark night can be troublesome, but on a mountainside it can be downright dangerous – luckily I had my small running one with me just in case.

So the next day I went to buy another Petzl Myo as mine had served me so well.  First off, none of the shops had it in stock, and the bigger shock was that over the years the price has gone up (ok, they have added new features too) to £75!

We were heading to Hathersage the following weekend and I’d been reading more positive things about Alpkit kit so I decided to take a look at their range of headtorches.  They have four models in the range – Gamma 2, Viper 2, Qark and Prism 630.

The Viper 2 is the cheapest retailing at £15 just now (normally £19) and has been designed for trail running, walking and climbing.

I’ve been using mine for just over two months now and I think it’s great value for money.  It’s a good, bright beam that goes way off into the distance.  It doesn’t seem to mind being mistreated and chucked into the lid of my rucksack time and time again.  I’m still on the original batteries so they seem to last okay.  What more can you ask for in a headtorch?

“Can’t you just use the torch on your phone?” our students ask!

Once they’ve been to their first Duke of Edinburgh weekend and stayed at a campsite which doesn’t have lights in the loo, they realise holding the phone torch while trying to deal with loo paper and everything else is pretty difficult.  Handsfree is definitely the way forward.  It’s much easier to put up a tent in the dark when you have two hands too.

Also, when you’re out in the cold your phone battery won’t last as long as it will in ‘real’ life.  So if you rely on it to be your torch, you might just get caught out.

So I may have saved myself the best part of £60 in discovering this bit of kit.  And it’s one I’m going to recommend to our students and clients going forwards.  I still need another spare so that my running one can be put back where it belongs…I may need another trip to Hathersage or Ambleside… 😉

What’s the strangest thing you’ve needed to use your headtorch for?  Let us know in the comments…