It’s 82 years old today, but what is a Trig Point? 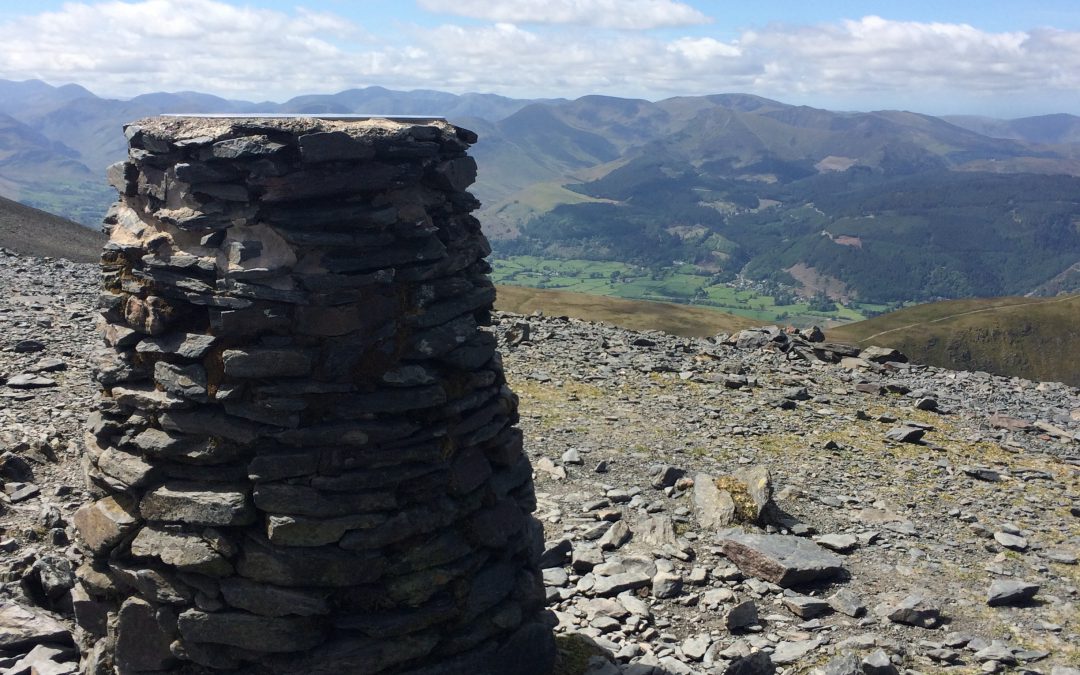 Some might say I’m a little obsessed when it comes to trig points.  I photograph them, I photograph myself at them, I photograph the little plaque that’s on them, I deviate from routes because there’s one nearby and I can’t miss it out.  So I also reference them from time to time in our social media posts.  Then there was a comment from one of our regular followers. “That’s really interesting Paula, but what actually IS a trig point?  What does it do?”. 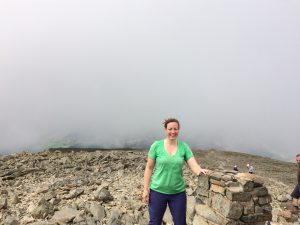 Scafell Pike in the fog 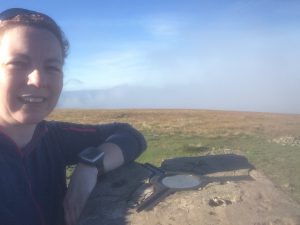 The triangulation of Britain

In the early 19th century the Board of Ordnance undertook a survey to document the geographical coordinates of 300 significant landmarks.  These coordinates enabled local maps to be drawn from these points.  This was the principle triangulation of Great Britain.

In 1935 work began using more modern technology, to create more accurate data.  This was called the Retriangulation of Great Britain, and this required the use of Trig Points. 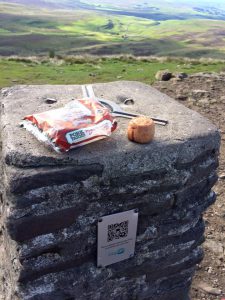 But what is a Trig Point?

Initially a few hundred trig points or Triangulation Pillars were built to be used in addition to the original landmarks.  These four foot high concrete pillars were typically built on top of high hills so a clear line of sight between two was possible.  A theodolite was then carried from one trig point to the next.  You’ll see on top of many trig points the metal disc and three grooves which show where the theodolite would be sited.  The telescope within the theodolite would then be pointed at the next trig point.  The vertical and horizontal angles would then be used to calculate the precise location of each trig point, building up a map of the country.

In time 6,000 further trig points were added, allowing finer detail to be added to the maps.  This has given us the British national grid reference system which our Ordnance Survey maps are now based on.  Once you start hiking abroad and using foreign maps you’ll realise just how good the mapping system is in the UK. 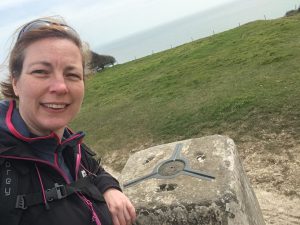 Selfie at the trig point on Ballard Down, Dorset. You can see the metal plate on the top where the theodolite would be fitted.

Some trig points still display their Flush Brackets – a metal plaque embedded into one side.  These show a unique identification number for each trig point.  If you pop the letters and numbers into an internet search engine you can often identify the name and location.  They’re great for the photograph to prove you were actually there! 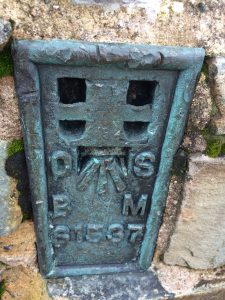 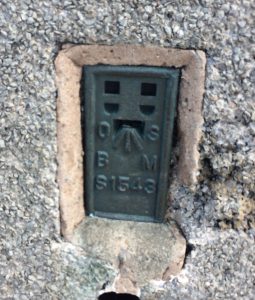 Most trig points are now no longer used for surveying as GPS has given us even greater accuracy.  But for hill walkers they are a target to reach, a navigational aid, a place of celebration and a great place to take a selfie! 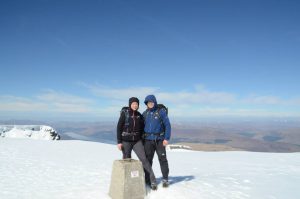 Do you remember I said that trig points were usually four foot high? We were stood on top of a fair bit of snow at the top of Ben Nevis that day!

If you would like to learn more about mapping and navigation, why not join us on one of our Navigation Days? If you’d like to add some trig points to your photo collection, maybe one of our Guided Walks will be for you.  They are added to the Upcoming Events page of our website regularly so keep popping back to see the latest offer.